NEW DELHI, India, Sept. 30, 2021 /PRNewswire/ — Azure Power Global Limited (NYSE: AZRE) today announced that Mr. Alan Rosling, has been appointed as a non-executive and nominee Director of Azure by Caisse de dépôt et placement du Québec (CDPQ). Mr. Rosling will replace Mr. Barney Rush as the Chairman of the Board. Mr. Barney Rush, who served as Director on the Board for nearly six years and last two as Chairman of the Board, has announced his retirement effective from close of business hours on September 30, 2021, the end of the board year. Mr. Rosling shall also assume the role of Chairman of the Board of Azure Power India Private Limited, a subsidiary of Azure Power Global Limited. 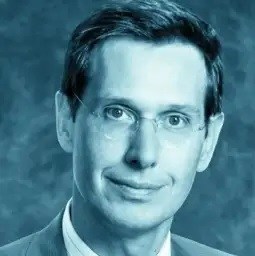 Speaking on his retirement, Mr. Rush said, «It has been an honor and a pleasure to have been associated with Azure Power over past six years, and I greatly appreciate the opportunity I have had to work with my colleagues on the Board and with the excellent management team of Azure Power. Azure has grown enormously over these years and has built and maintained its reputation as a leader in the vitally important Indian clean energy industry. Azure is well positioned to continue its profitable growth, guided by its strong leadership team. I wish Alan and Azure Power great success.»

Commenting on the appointment, Mr. Rosling said, «I am delighted to take on this role at such an exciting time for Azure Power — the sector dynamics are changing rapidly and present a huge canvas of opportunities for the established long-term players like Azure. With strong investors and experienced leadership, Azure is well placed to navigate through these changes and to be a leading player in the decarbonizing economy. I look forward to contribute meaningfully to this exciting journey.»

Mr. Rosling is co-founder & director of ECube, a specialist in ESG advisory and climate finance in India. Mr. Rosling was earlier co-founder of Kiran Energy Solar Power and previously an Executive Director of Tata Sons Limited, where he was in charge of the Tata Group’s internationalization drive. Mr. Rosling was educated at Cambridge University and the Harvard Business School and in 2014 was awarded Commander of the British Empire (CBE).

Speaking on the occasion, Ranjit Gupta, MD and CEO, Azure Power said, «We are pleased to have Mr. Rosling join our Board as the new Chairman. His long history of leadership and connect with India, coupled with his hands on experience in the clean energy space makes him an ideal person for this role. I look forward to working closely with Mr. Rosling to continue to ensure Azure Power delivers positive impact for all stakeholders, including our people and society. I am thankful to Barney Rush for his leadership and guidance in establishing and strengthening Azure Power as a leading clean energy company in India. I feel privileged to have worked with him and gained from his wealth of experience in the energy sector.»

Mr. Rush’s decision to retire was not the result of any disagreement with the company on any matter relating to the Company’s operations, policies or practices.

Azure Power (NYSE: AZRE) is a leading independent renewable power producer in India. Azure Power developed India’s first private utility scale solar project in 2009 and has been at the forefront in the sector as a developer, constructor and operator of utility scale renewable projects since its inception in 2008. With its in-house engineering, procurement and construction expertise and advanced in-house operations and maintenance capability, Azure Power manages the entire development and operation process, providing low-cost renewable power solutions to customers throughout India.