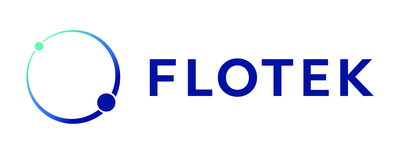 HOUSTON, June 11, 2020 /PRNewswire/ — Flotek Industries, Inc. («Flotek» or the «Company») (NYSE: FTK) welcomes Kevin W. Brown to its Board of Directors. He will serve on the Audit Committee.

As a part of Flotek’s recent purchase of JP3, Mr. Brown was nominated to the Flotek Board of Directors. Most recently, he served on the Board of Managers of JP3 Measurement, LLC, prior to its purchase by the Company. He also serves on the Board of Directors of GCP Applied Technologies, Inc., a leading global provider of construction products technologies, where he is a member of the Compensation Committee and the Strategy, Operating and Risk Committee.

Previously, Mr. Brown was a senior leader at global chemical company LyondellBasell Industries N.V., where he was Executive Vice President, Manufacturing & Refining, from 2015 to 2017, and Senior Vice President, Refining, beginning in 2009. Prior to that, Mr. Brown spent 22 years at Sinclair Oil Corporation, an American petroleum corporation, in various roles, including having served as Executive Vice President and Senior Vice President of Operations, from 1994 to 2009, and also serving as a director from 2006 to 2009. From 2005-2017, Mr. Brown served in various leadership roles with the National Petrochemical and Refiners Association, later renamed AFPM, including Chairman (2008-2009), Vice Chairman (2008) and Member of the Executive Committee (2005-2017). Mr. Brown received his Bachelor of Science in Chemical Engineering from the University of Arkansas, where he recently completed a term as Chairman of the Dean’s Advisory Council for College of Engineering and currently serves on the Campaign Arkansas Steering Committee.

John W. Gibson, Jr., Chairman, President, and Chief Executive Officer of Flotek stated: «We are excited to welcome Kevin to the Flotek board. He will be an important asset to the Company, contributing his knowledge and extensive professional network in the downstream market – which is particularly timely and beneficial, as JP3 and Phillips 66 advance their joint data service solution offering for refined fuels transmix reduction. Additionally, he brings a depth of expertise in chemistry and its applications, accelerating opportunities to advance synergies across the business and full hydrocarbon stream.»

Mr. Brown stated: «I am grateful to have the opportunity to partner with John Gibson and the rest of the Flotek board as we work together to strengthen the Company through accelerated growth. I am particularly pleased to be able to continue to work with JP3, as the company pivots from a startup company to a more fully developed commercial operation as part of the Flotek family. Throughout my four-decade career as a refiner, I recognized the need to better define the quality of hydrocarbon streams we purchased or transported to enable better commercial terms, make more efficient operating decisions and reduce product downgrades. JP3, with Flotek’s backing, is filling the analytical void that has limited our ability to evaluate crude quality.»

Flotek empowers the energy industry to maximize the value of their hydrocarbon streams and improve return on invested capital through data-driven platforms and chemistry technologies. Flotek serves downstream, midstream and upstream customers, both domestic and international. Flotek is a publicly traded company headquartered in Houston, Texas, and its common shares are traded on the New York Stock Exchange under the ticker symbol «FTK.» For additional information, please visit Flotek’s web site at www.flotekind.com.

Harry Pham, Chairman of OCB Life Group, plans to own a regional airline